I had the great fortune of being involved with a friends new gallery, Layne Arlina has recently founded The Incident Room, situated at The Island on Bridewell Street in Bristol. The site sits on the former police station and the gallery is so named after its original usage as the office where serious crimes were deliberated over.

It is a fantastic, large, well lit space, perfect for displaying art, you can find out more about it by following this link  http://the-incident-room.blogspot.com/.

The first exposition, Urban Portrayal, was linked to the Street Art Festival held in the area on the weekend of August 19th 2011. The atmosphere was buzzing with crowds of people celebrating various aspects of street culture. 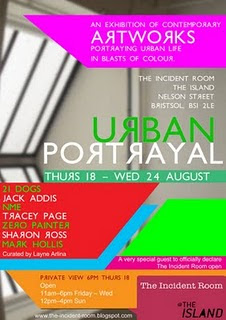 The art work at the exposition was very well received, enjoyed by a wide range of people, it was a great opening show which I think will be followed by many more exciting displays. 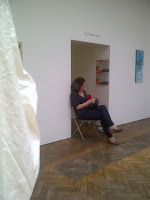 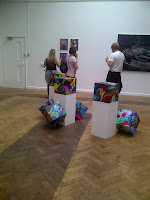 I invigilated at the show for a few hours, meeting a lot of happy art enthusiasts who were blown away by the show and the street art exhibition. Bristol has reaffirmed its status as a mecca for urban art. 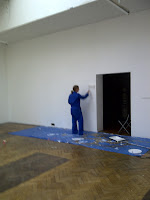 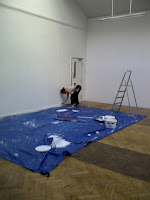 Preceding the show was the fun of scrubbing, filling, sanding and painting the gallery to get it looking nice and bright and shiny....the perfect backdrop for the wonderful artwork. Helping out was a great experience, Layne's vision and energy are an inspiration....I look forward to being involved with future projects and hope that everyone gets the opportunity to come along to the new gallery.